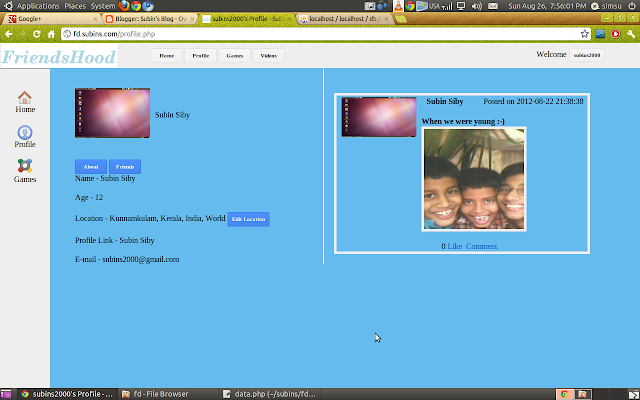 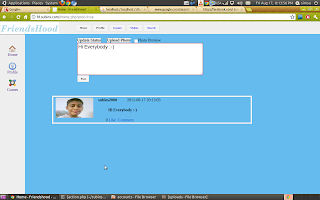 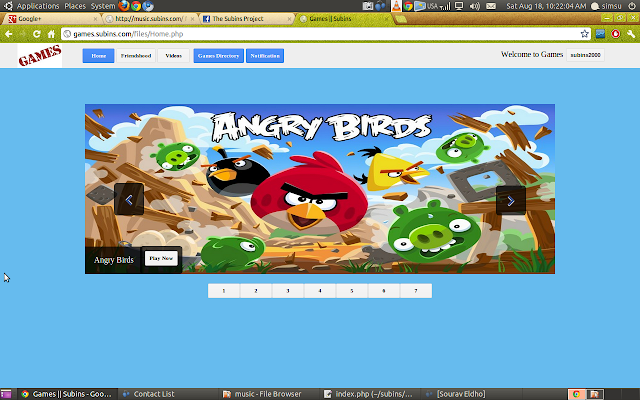 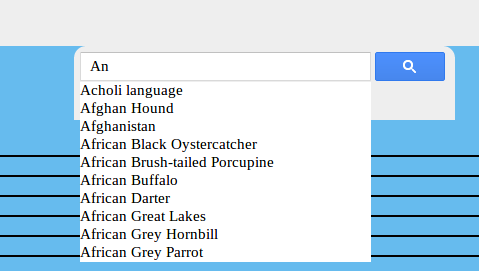 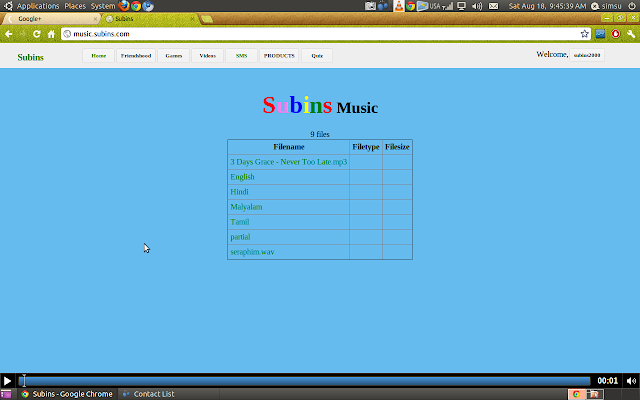 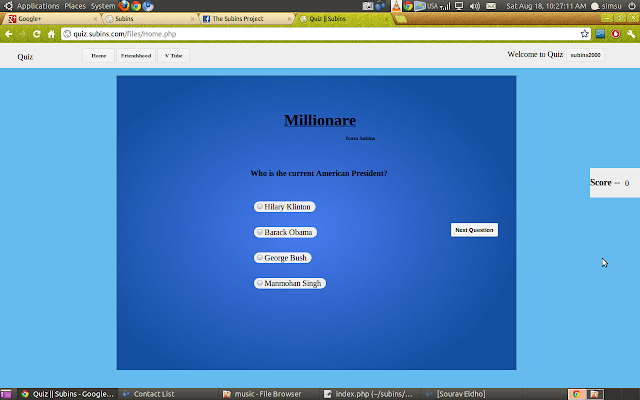 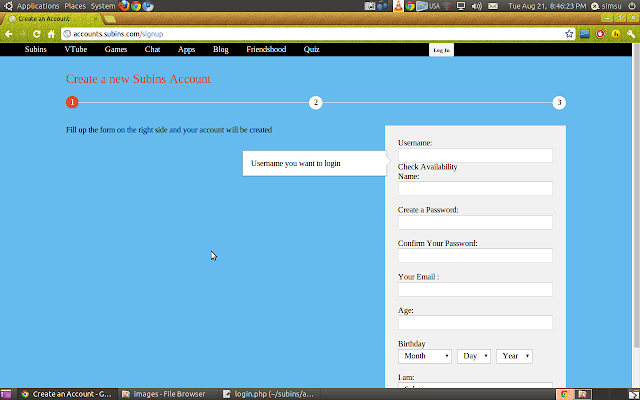 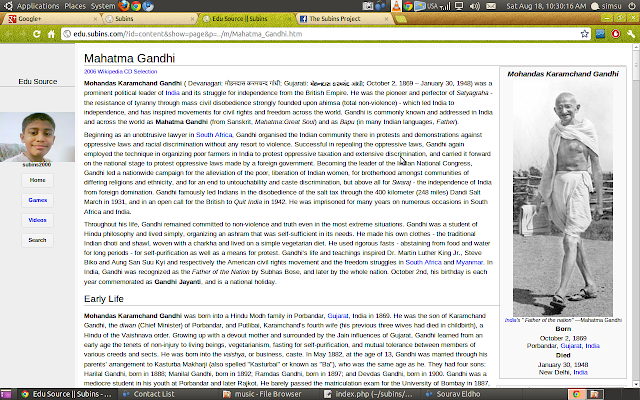 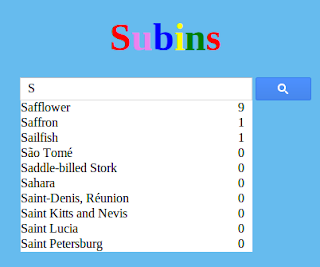 There are some posts on Subins. But, I never wrote detailed about "The Subins Project". I don't know why. So I'm writing this for archival purposes.

I lost the source code of "The Subins Project" because I accidentally formatted by whole drive back in 2013 during an installation of Windows XP (their installer is very bad !).

I named it "Subins" seeing how Linux was named from its creator Linus. It had a

I didn't know GitHub back then, else would have published the source code.

It was created entirely with PHP and had design/style inspired (and copied ?) from Google, Facebook and elsewhere. I learnt web development with this project :

Starting from a google search of "How to create a website" to "How to host on AppFog".

I spent countless hours working on it. I think I started this in 2011 November or something and it got hosted in 2012 December.

The project was hosted online with help of AppFog.com in 2012. They gave free hosting back then. I wrote a blog post on it here.

The code was a disaster

All that's left of "The Subins Project" are these screenshots and the archived webpages on archive.org :

And looking back now :

Although it was a disaster, I learnt a LOT !

That's what matters at the end :)